Mindfulness has become a household word in the past couple of years. And yet, it’s not new. Quite the opposite, really. The practice itself has been around since at least 600 BC. Why, then, is it getting so much attention now?

For one thing, recent MRI studies suggest that mindfulness meditation directly impacts the physical structure of the brain. Here are a few examples of how:

The amygdala, which plays a central role in the body’s “flight or flight” response, loses density. It gets smaller, which can make us less emotionally reactive. Not only does the amygdala itself shrink, but the number of connections between it and the rest of the brain also decreases. Stress responses have less sway over us.

On the other side of the brain, the prefrontal cortex gets denser and more complex. When you think about it, this makes sense because it is the part of the brain associated with focus and attention, but it is also the part of the brain involved in higher-level planning and decision making. And that combination adds up to better impulse control, and the ability to make decisions based on your long-term goals, instead of what is tempting in this moment. The prefrontal cortex is humankind’s greatest asset, neurologically. Mindfulness meditation appears to build new neural connections and actually increase grey matter there! Who doesn’t want a super-charged prefrontal cortex? And as it gets stronger, it has more influence on other brain processes. This is pretty powerful stuff!

Mindfulness meditation also appears to have an impact on the anterior cingulate cortex, which is the part of the brain that is associated with things like regulating heart rate and blood pressure, but also is associated with processes like impulse control, emotions, decision making and reward anticipation.

Mindfulness appears to slow the aging process by protecting telomeres, which are a part of our DNA that usually breaks down over time.

And this is just the tip of the iceberg – the effects go beyond the brain into the rest of your body – right down to our DNA. There is new, emerging research pointing towards mindfulness meditation as a way to decrease pain sensitivity, increase happiness, and even slow the aging process by protecting telomeres, which are a part of our DNA that usually breaks down over time. Longer telomeres are a measure of overall biological health and people who practice mindfulness meditation appear to have longer telomeres.

Here are just some of the ways mindfulness meditation appears to affect the brain:

If mindfulness was a pill, we’d all be taking it. Fortunately, it doesn’t cost a thing, can be done anywhere, and by anyone. If you are interested in trying it out and would like some free guidance, click here to receive a free introduction to mindfulness toolkit.

Sign Up Here To Receive Your Free Introduction To Mindfulness Toolkit 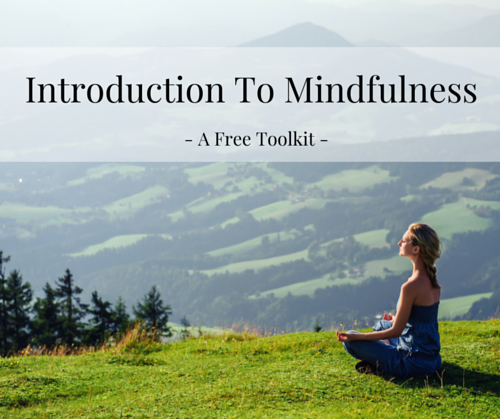 The first arrow is outside of your control. The se

An old Zen story about not drawing conclusions. Ma

Let’s call out the emperor’s new clothes. This

We are all humans trying to figure out this great

This is a very strange time to launch a first book

What other option is there? We, as humans, can’t

It's finally here! Today is a beautiful day—my b

I am always a little suspicious of people who thin

From the brilliant song “The Place Where Lost Th

What the world needs now is more compassion in act

Stillness is always there, it just takes practice

Why not assume #YouCanDoIt? It certainly increases

Standing out is a good thing. Especially when it's

A single act of kindness... #RealGood